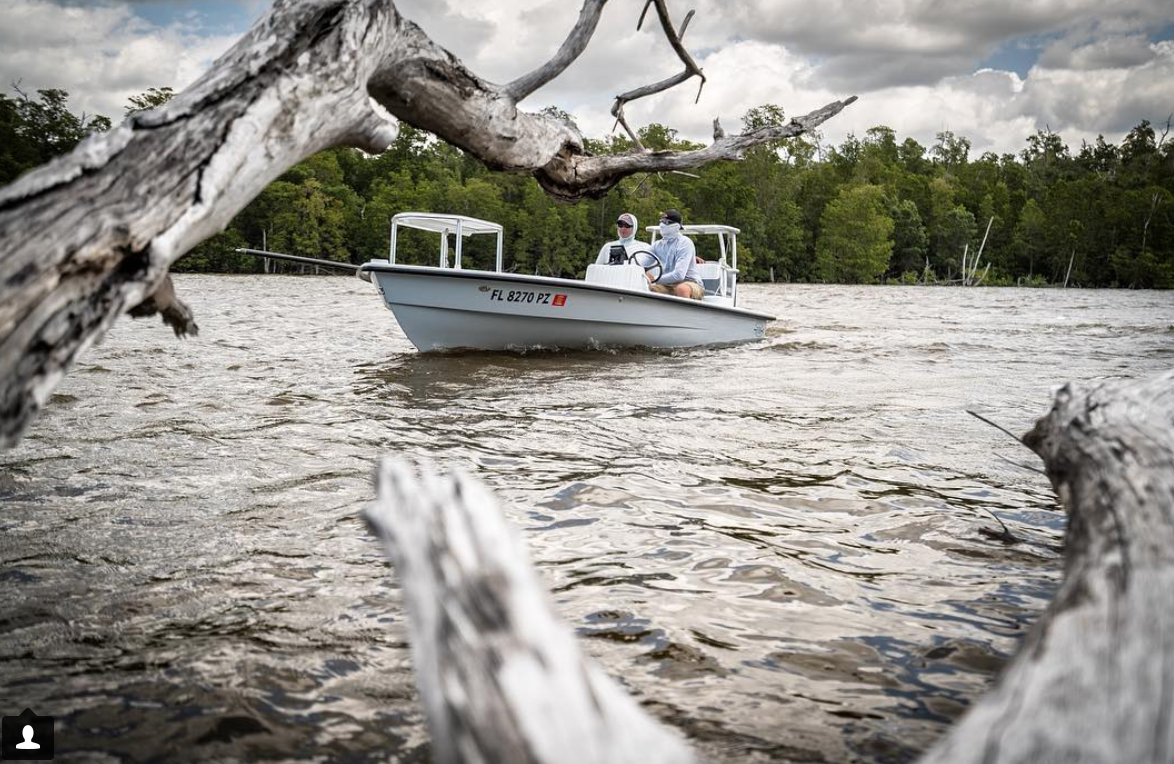 With big fish on the horizon it’s a great time of year to chase those tarpon dreams. I was lucky enough to get to fish with Jim and Denny of Pennsylvania yesterday- great guys and outdoorsman. These guys were serious bass fisherman and it showed- they did not let up on letting the plugs fly Read More

If you are looking for a New Orleans fishing guide-With the great weather we have been having we have been hammering some Giant Jacks on Fly! We have been experiencing some great fishing the past week or so and should get stronger after this storm comes through into September! We have been seeing massive schools Read More

Tarpon fly fishing has been on fire! They are all finally here and the world seems to be slowly opening back up thankfully. We are practicing safe sanitation practices along with the hotels in the area. There is no better way to social distance than fishing on an 18 foot skiff for giant tarpon! There Read More

January has fished well around the fronts- the fish are super stable and have found their winter homes, when the sun is out they are suspended nicely and have been getting multiple bulls and black drums daily. I am guiding through the end of January in Louisiana and have a couple open dates still and Read More

I guide in the Louisiana Marsh from October through January some of the best fishing on the planet in my opinion! Let me know if you would like to plan a trip. It looks like were finally going to get our fall and winter fishing patterns! It has been an unseasonably warm October with high Read More

The Time is Now!

Tarpon season is heating up and now which seems to be the last cold spell in front of us its going to be a long run of tarpon for the next several months! What are great time of year these giants swim across our paths and produce some of the best fishing anywhere in the Read More

Tarpon season is getting good! Fly fishing the Everglades has been great lately chasing some tarpon early and snook have been dependable as well. The water temperatures are great and with moon phase coming up we should start to see some regular action day in day out. I still have some great May and June Read More

The dog days of summers end are in sight here in the everglades and Naples fishing guide. I love this time of year in September-November as all of the visitors do not come to The Everglades and Ten-thousand islands until after the holidays of Thanksgiving and X-mas. It also means the big snook are Read More

Everglades Fishing Guide. Late summer and fall is a special time and place for Everglades fly fishing guides. Most of the big fish are on the outside of the ten-thousand islands and everglades river mouths. This is a great time to fish early mornings and late afternoons for rolling and tailing fish. I love Read More